As Redbirds and former student leaders, our inductees share some common experiences, a passion for making a difference, and a commitment to excellence. They exemplify the values of the Division of Student Affairs and Illinois State University, not only in their professional careers and community involvement, but while they were Illinois State students. During their return to the Illinois State campus, each inductee is paired with a student host, which provides an opportunity to connect with current students and learn more about today's Redbird experience. 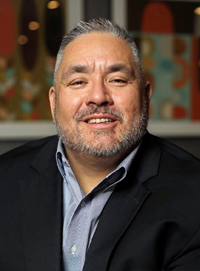 Brian A. Bernardoni ’91 is an advocate for business groups nationally and a prominent civic leader in Illinois. After a career in campaign politics, he was a trade association lobbyist and executive for over three decades prior to founding Aurelius Public Affairs. He maintains leadership roles in numerous civic, professional, & governmental boards including the Salvation Army and is a vocal advocate on issues of defamation facing Chicago’s ethnic communities.

On campus he was FHCC President, SBBD Student Advocacy Director, Student Body Vice-President, and Co-Chair of the Senior Challenge. A President of Delta Sigma Phi, he was Greek Man of the Year. As Human Relations commissioner for Bloomington-Normal, he drafted & passed the city's first matriculation ordinance. Bernardoni is a Distinguished Alumni of the Department of Politics and Government and currently serves on the College of Arts and Science Chicago Advisory Board.

He’s a familiar lecturer and media guest on public affairs, has spoken internationally and has guided multiple global trade delegations visiting the United States. An award-winning baseball historian, he’s contributed to dozens of books, films, and articles. His efforts on preservation of Wrigley Field earned him a 2016 Chicago Cubs World Series Ring.

Professionally, he’s been recognized by several organizations including HUD, the FBI, the City of Chicago, the Chicago Police Department, Cook County and numerous business groups. In 2017 the Chicago Association of REALTORS® created the Brian A. Bernardoni Political Advocacy Award. Brian and his wife Carrie are the parents of Genevieve, Cecilia, Olivia, and Sofia. 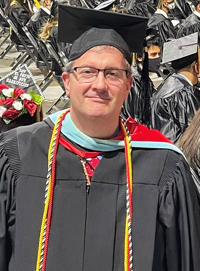 Gerardo (Jerry) Barrio ’98, ’00 M.S. is an inspirational teacher and person. At ten he was diagnosed with a severe form of a specific learning disability and dyslexia, dysgraphia, and dyscalculia; many believed he would never graduate from High School. Despite the odds stacked against him, Barrio graduated with honors from Loyola Academy, Wilmette, IL, in 1994.

Since leaving ISU, Barrio has taught students at all levels. He is passionate about mentoring and helping students achieve their dreams to the next level of their lives. Mentoring is a big deal for Profe Loco; that is what his students fondly call him. Barrio cares and inspires his students deeply, and they are like family to him. He treasures his time with his family and watching his daughter perform in dance at local, state, and national levels of competition.

He adores his wife of 18 years, loves his daughter unconditionally, has an angel daughter in heaven who he misses every day, and cherishes the time he has with his parents.

Dr. André McKenzie ’77, M.S. ’79 currently serves as Vice Provost and Interim Chief Diversity Officer at St. John’s University in Queens, NY. Employed at St. John’s for the past 35 years, in addition to his administrative duties he is an Adjunct Associate Professor in its School of Education. Dr. McKenzie received BS and MS degrees from ISU and M.Ed. and Ed.D. degrees from Teachers College, Columbia University.

Named to Who’s Who Among Students in American Colleges & Universities, he participated in the High Potential Student Program (HPS) and is a 1976 initiate of Alpha Phi Alpha Fraternity, Inc., Eta Tau Chapter. As a graduate student Dr. McKenzie held assistantships with ISU’s Office of Residential Life.

Dr. McKenzie is a contributing author to Student Affairs in Urban-Serving Institutions: Voices from Senior Leaders; Alpha Phi Alpha: A Legacy of Greatness, The Demands of Transcendence; and African American Fraternities and Sororities: The Legacy and the Vision. In addition to having given numerous presentations on Greek-letter organizations and leadership development, as an independent consultant and facilitator Dr. McKenzie has worked with more than 50 institutions of higher education and various profit/not-for-profit organizations in the areas of diversity, equity, and inclusion.

A Past-President of the Teachers College, Columbia University Alumni Council, Dr. McKenzie is a recipient of the St. John’s University Vincentian Mission Award, The Spirit of St. John’s Award, and currently serves as Co-Chair of the University’s Strategic Planning Committee.

His professional affiliations include ACPA-College Student Educators International, and the National Association of Student Personnel Administrators. 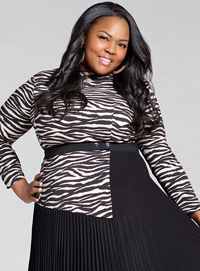 Lola Tomorrow ‘08 is rewriting generational wealth to single handedly mint the new class of faith-driven millionaires. As a global connector, high-profile event strategist, impact philanthropist, and the business mastermind behind the premier Faith Figures mentorship program – Lola’s genius has been featured everywhere – from Grammy stages to the White House.

Even while she was a student leader managing course work and studies; she found time to inspire, encourage and supported peers. She mentored others and helped freshmen get plugged into various organizations. She created many opportunities for students to share their musical talents. Because of her leadership, many developed and grew in their spiritual journey. She even used her event planning passion as a student to coordinate and plan weekend retreats where that consisted of breakout sessions and speakers.

Her Rolodex and proven industry insights alone weaponize the businesswomen she mentors to skyrocket their income, elevate their impact, and powerfully expand their influence.

Each year, under her direct guidance and support, Lola’s Faith Figures collectively generate over $10M in revenue — with companies across 7 different industries. Her business success is only a fraction of the impact she has in the world.

Through her foundation, iGLOW Mentoring, Lola has transformed the lives of over 5,000 girls in Chicago – taking dozens of them on their first ever international trip to Paris. Lola’s legacy-building mission statement is simple: to leverage her influential position and unstoppable billion-dollar network to propel others to achieve market and global domination.